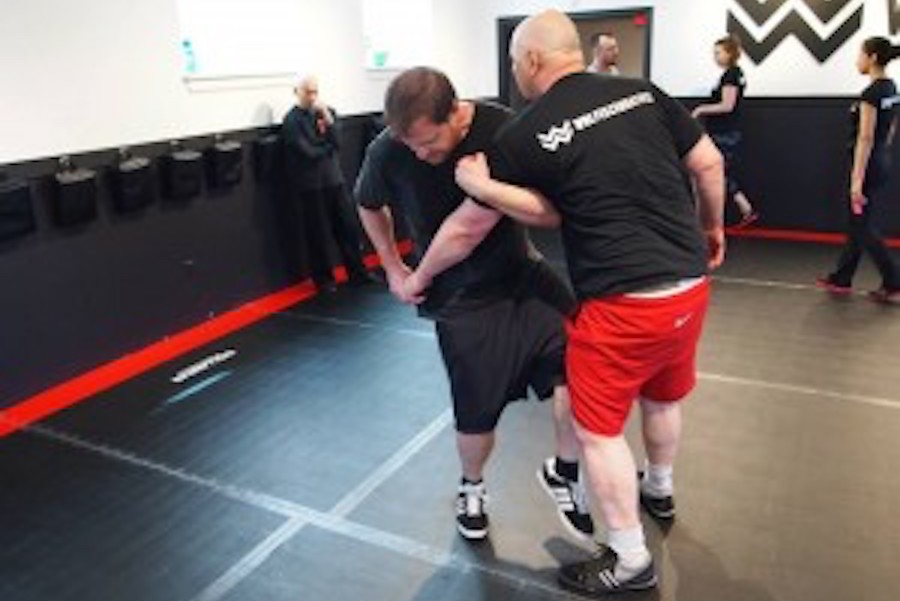 Yesterday I went in to do an Intro class and watch the Advanced class immediately afterward, but I ended up just doing both classes. I was exhausted! It was fun though. We learned how to defend ourselves from the ground (basically when you are getting boot stomped).

I learned some great tricks. It’s counter-intuitive how you protect yourself when you are down. But it works. It’s really effective.

Wolfes Combatives is not a sport. It’s true self defence. It’s the stuff that Joint Task Force 2 uses. It’s for commandos and special forces.

Bill Wolfe’s motto is Keep It Simple and Savage. Once I get familiar with the moves, and they become automatic, I will definitely feel way safer when travelling to dangerous countries (which I have a habit of doing).