As a follow-up to the intense, award-winning World Without Paramedics campaign in 2015, Ambulance Paramedics of British Columbia launched More Paramedics in 2017. It was a huge event, with print, radio, TV, online, PR, ambient, social media and dynamic billboards.

Paramedics deal with the brutal realities of life, yet they are dangerously short-staffed. To communicate this problem to the public, we brought a paramedic’s world close to home, offering a glimpse into the fentanyl crisis, texting-and-driving car accidents, and the emergencies that only paramedics can solve at the scene . The billboards made use of a before and after effect: life as it is, and what it could be. The TV ads were a one-two punch of danger, followed by relief a few minutes later.

In the first scenario, we show the reality of paramedics working with the limited resources available. In the second scenario, a more hopeful future where there are More Paramedics—so response times in under eight minutes are 59 seconds are met, and help arrives with the right training and equipment.

This multi-media campaign won Gold at the Summit International Awards (2017).

We made use of rotating tri-boards to showcase the before and after concept in a dramatic fashion.

These ads told mini stories during Canucks hockey games. At the beginning of the ad break (the stop set), the first 30-second ad painted a horrifying portrait of our current reality and left us with a tense cliffhanger. A few minutes later, at the end of the ad break, the second 30-second ad played, with paramedics saving the day. Watch the complete 60s versions of the ads: texting and driving, overdose, and choking baby—remember these were spaced a few minutes apart with ads for Grape Nuts and Budweiser in between. People immediately took to social media. It was the most talked about ad in the games in ran. 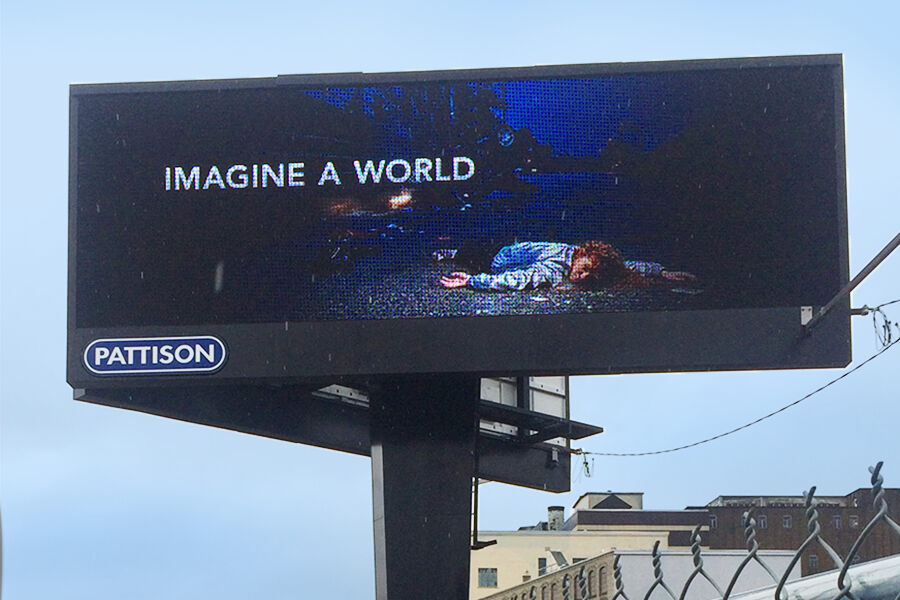 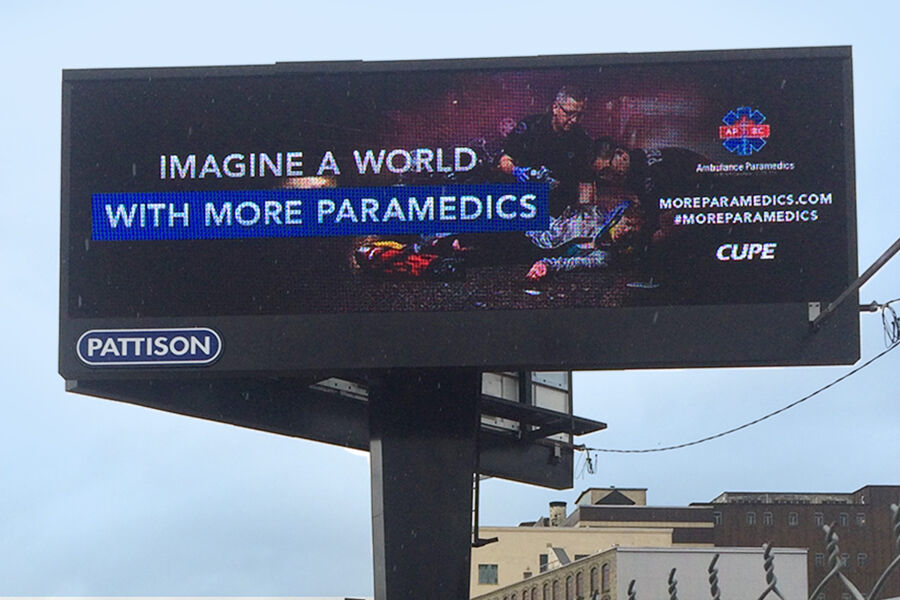 We had high-impact boards at some of the busiest intersections in BC, such as Cambie and Broadway and the Pattullo Bridge. We also had massive digital billboards in Victoria and Kelowna. 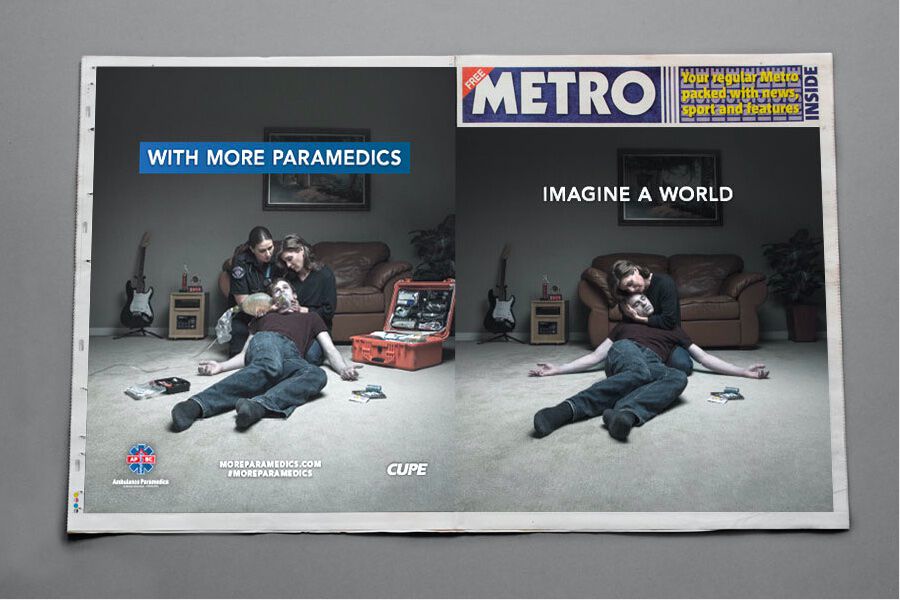 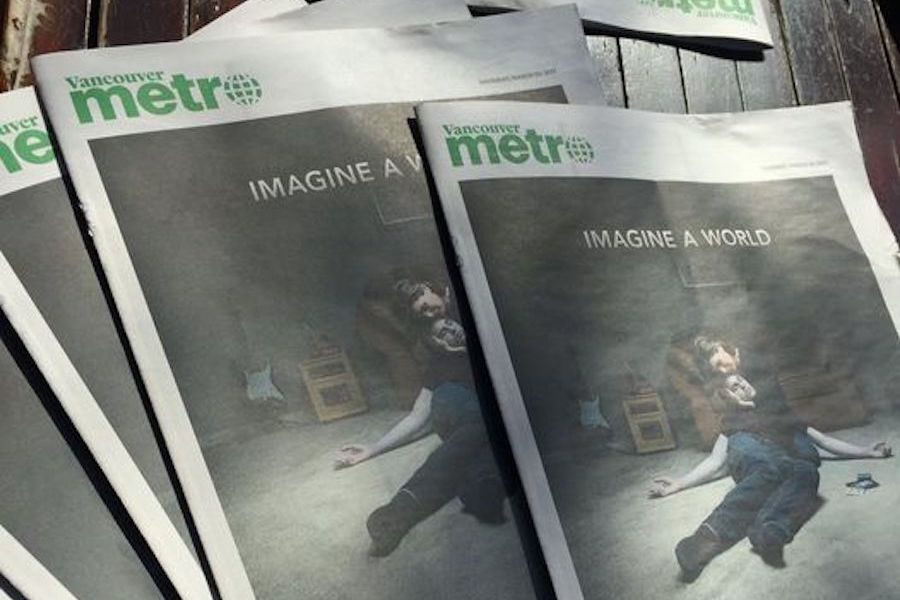 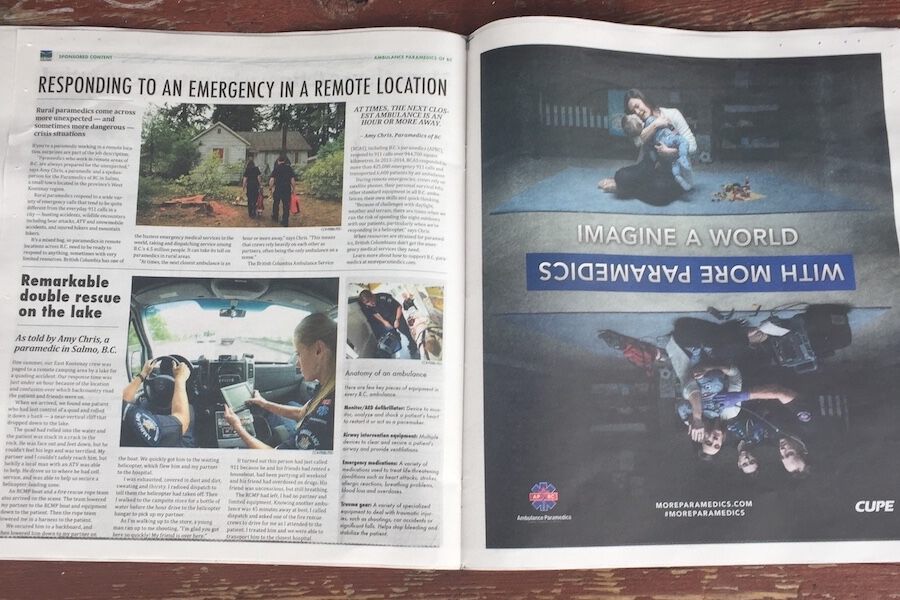 In Front of The Front Page

These shocking full-wrap ads used the same before and after effect as the TV commercials. We ran the ads in METRO magazine, which is a free daily on the Skytrains in Vancouver. At the stations, we had the distributers dress as paramedics. The ad was impossible to miss. It was a full cover wrap, right over the front and back of the actual paper. Inside, we had a one-page advertorial article that gave more details. 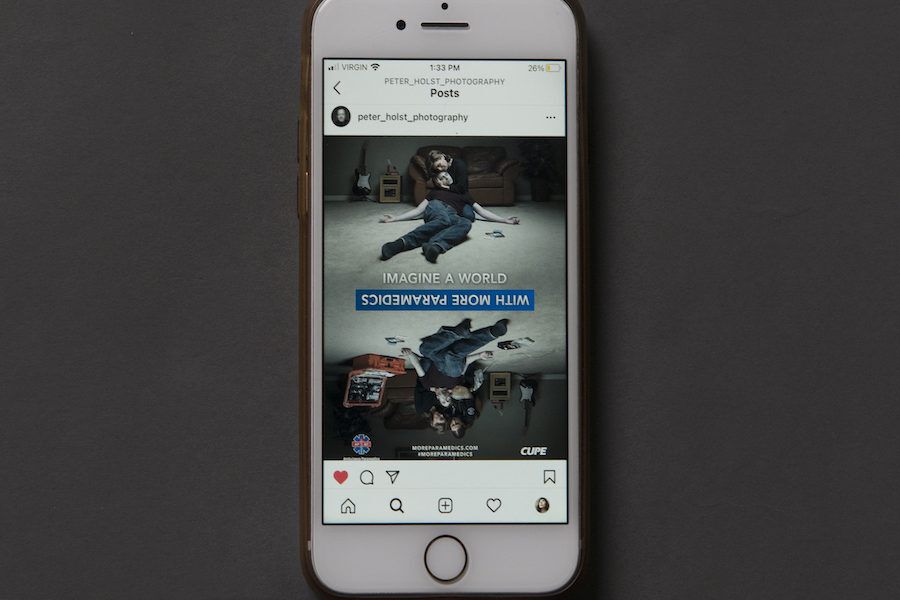 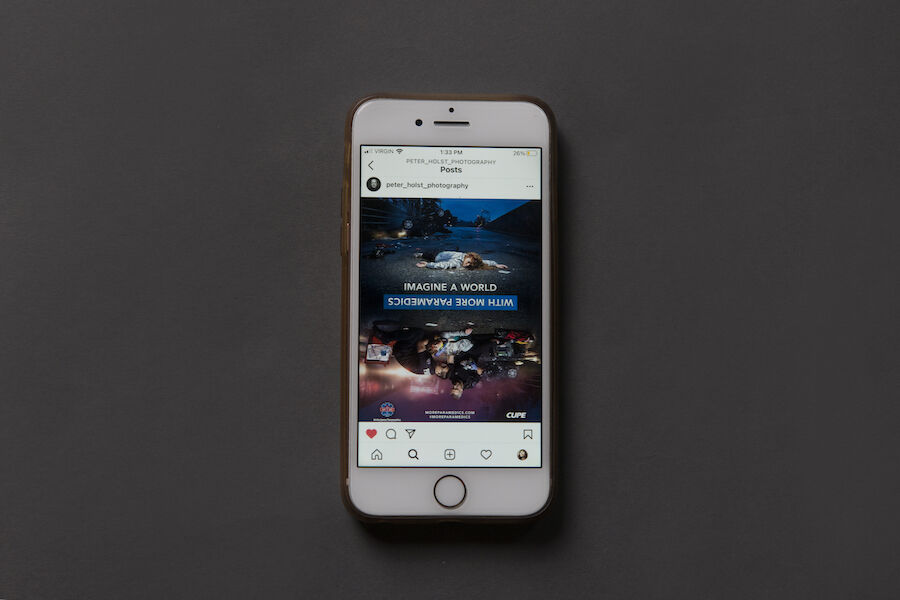 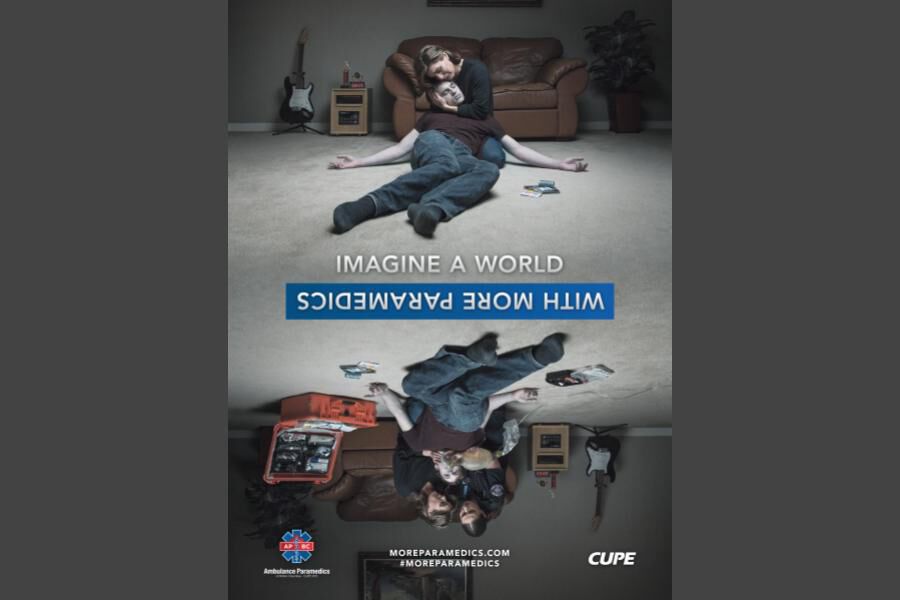 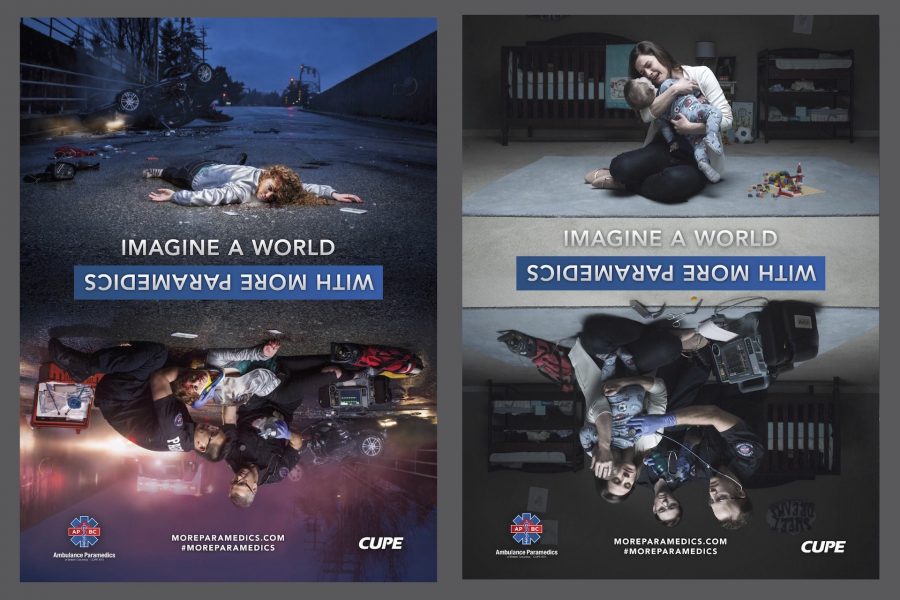 With a rapidly growing population and an opioid crisis requiring more resources than ever before, the Ambulance Paramedics of British Columbia quite simply needed More Ambulances, More Resources and More Paramedics.

Ambulance response times should be under 8 minutes and 59 seconds. In a growing city under the grips of a deadly fentanyl crisis, this is only possible to achieve with more resources. We needed to win the support of the public as well as catch the attention of the health minister before the provincial election.

The Watch That Transforms You