Campaigns That Take A Village

The Grant
Times were tough during COVID, and there wasn’t a lot of money going around. The government wanted to get the economy flowing again. One of the best ways to get things up and running is through advertising, so the government gave a bunch of small businesses some cold-hard cash. We put our money where our mouth is, and we put it right back into advertising. Skytrain station advertising to be exact.

For our campaign we started with Instagram style ads, with the goal of showing that there is a lot of people doing a lot of work behind the scenes in every campaign. We started small, showing only a few key players, and then as the campaign expanded we added more and more instagram tags until the entire visual was covered in various handles of the contributors.

In the first wave we only had a couple tags. Granville station was dark and gritty, perfect for the somber Mad Max lawyers ad. We also ran the Shearwater ninja scuba divers in this environment.

Next up, we ran four separate ads. We ran Homes for Heroes, talking about how difficult it is to be homeless in Vancouver as a veteran. We also ran our recent roofers campaign, about the COVID-19 vaccination, which was featured in Luerzers Archive. Also showcased was the best in show, award winning ad, for Pollock Clinics, and last but not least a new version of the Shearwater ad featuring another underwater scuba ninja. For each of these ads we showed more instagram tags than before.

Here we featured the Canadian Mental Health ad, which contained author and celebrity host: Casey Jo loos. This ad talked about the benefits of celebrating the small victories when addressing anxiety and depression in youth. We also had ads from David Doig, which is a law firm in Vancouver, as well as ads for the Umbrella shop.

As soon as you go through the turnt style in Vancouver City Centre Skytrain, you’d see the award winning ad we did for Multiple Sclerosis Society of B.C and Yukon. Adjacent to it is the next in our series for the Canadian mental health ads, which is about celebrating everyday victories and getting away from screens. Across the hall, another award-winning ad we did for Roofing Contractors Association of B.C. This ad features a beam, and made use of the iconic beam photograph . The roofers ad represents how important it is to social distance and maintain COVID protocol during the early stages of the pandemic.

At Waterfront we continued on with the Umbrella series, we also added another ad for Loan Express.
Tags, more tags, even more tags, more tags, tags. It takes a village of hardworking creative professionals and one blacksmith.

The next flight launched at Metrotown. In this wave, we showed a collage of all the ads together, summarizing the campaign in four posters.

We tied the whole campaign with a 10 second motion graphic that brought the effect of the tags to life.

So far all the work we have spoken of has used the photography of Peter Holst, however with the Umbrella shop and David Doig we worked with photographer Matthew Chen, and for Canadian Mental Health Association, Christoph Prevost. 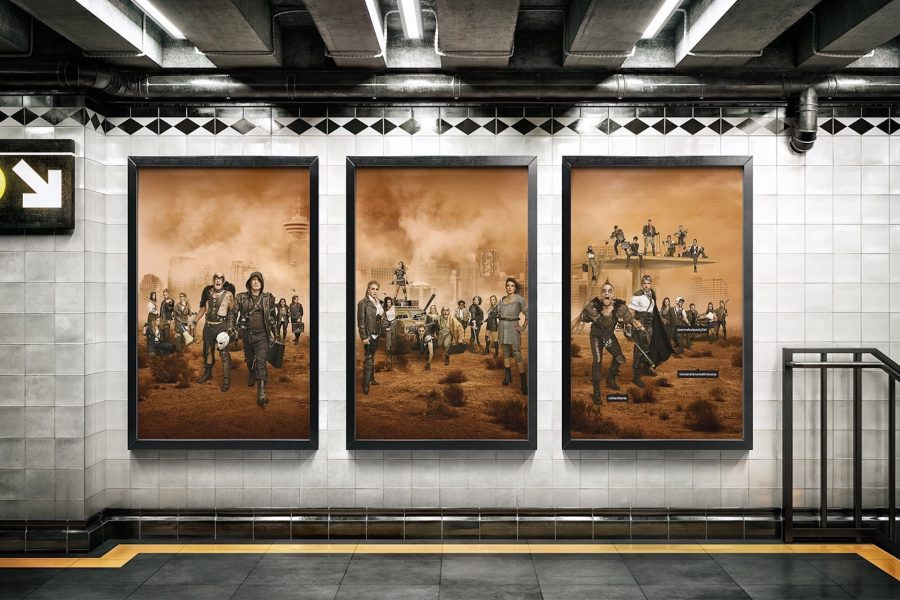 Now we come to the payoff. Click here to see the ad in motion. 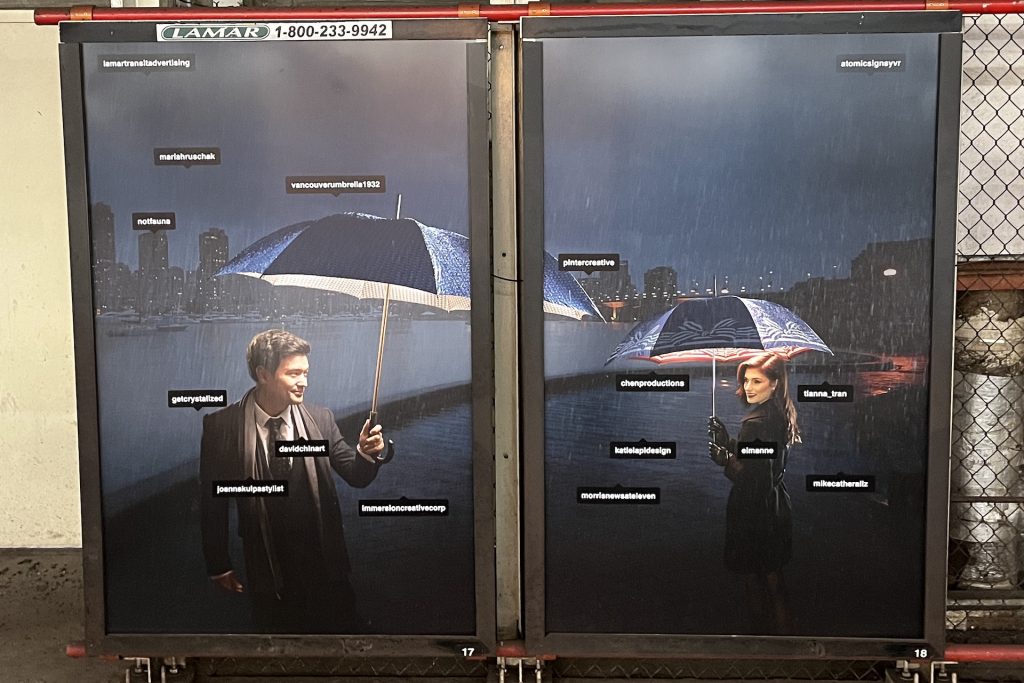 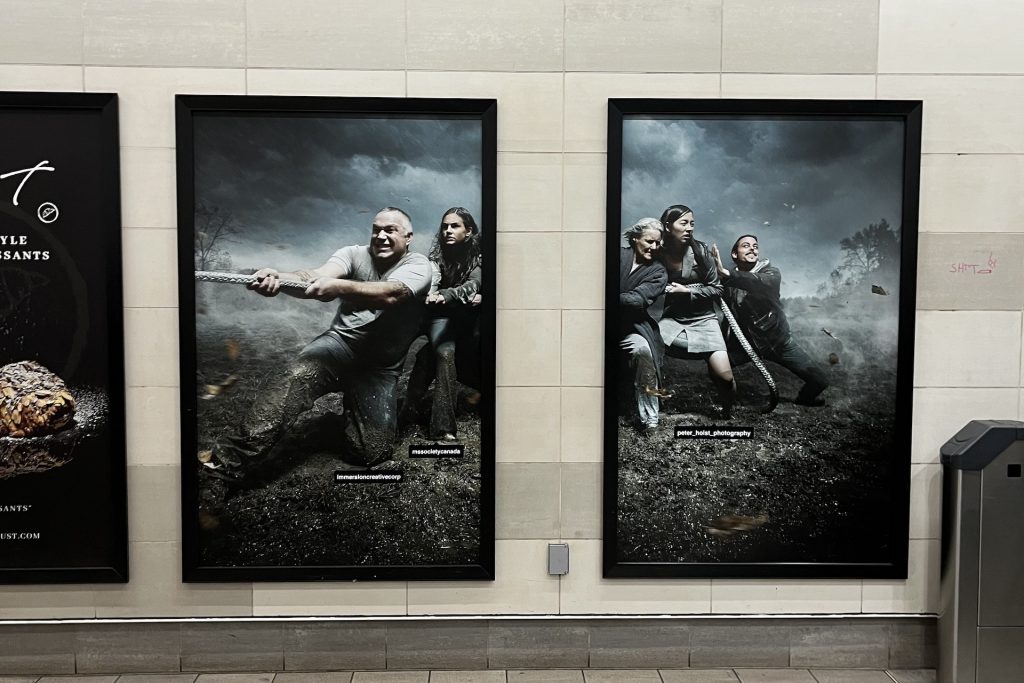 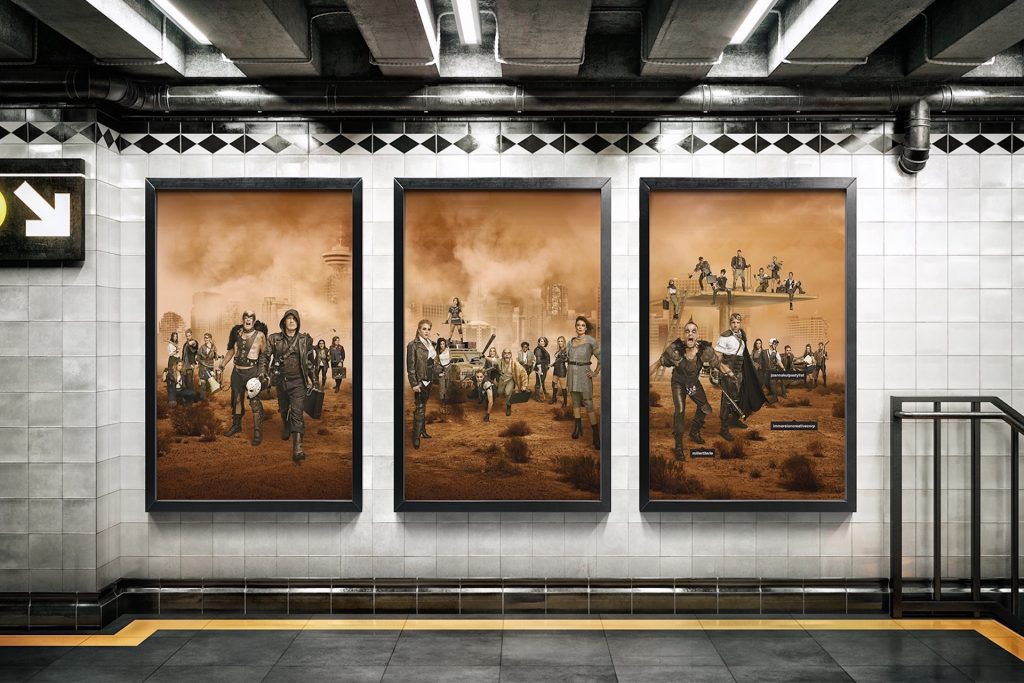 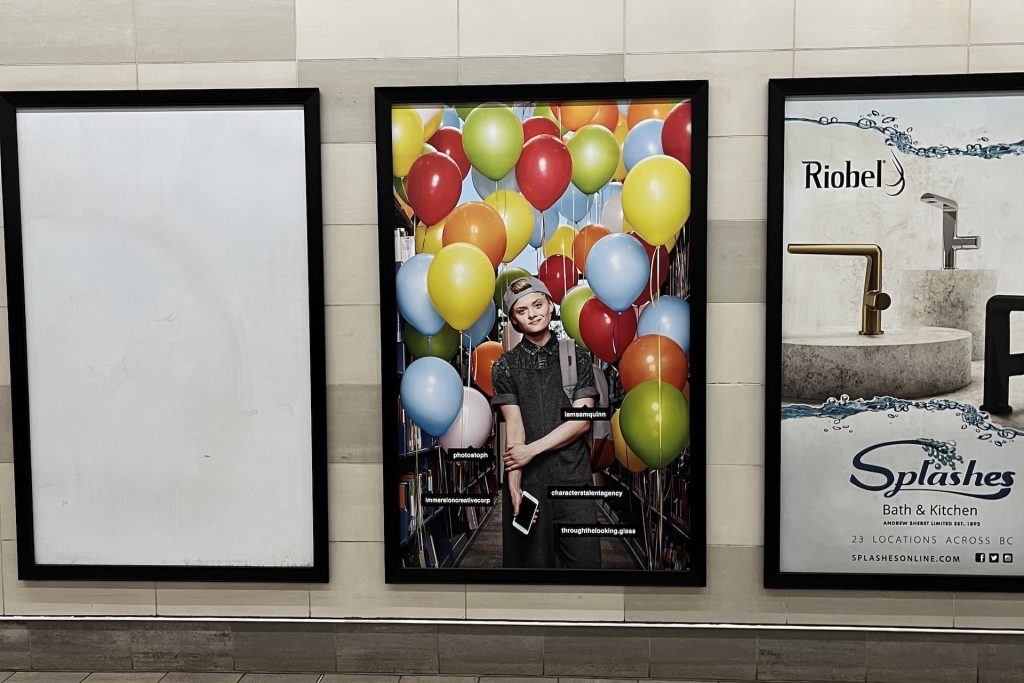 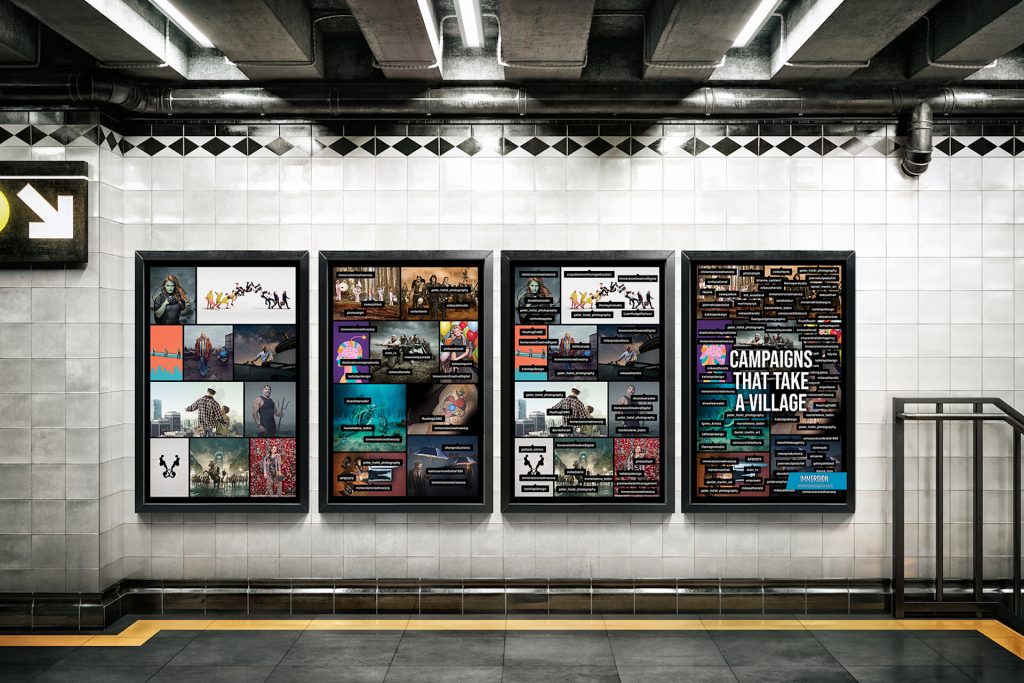 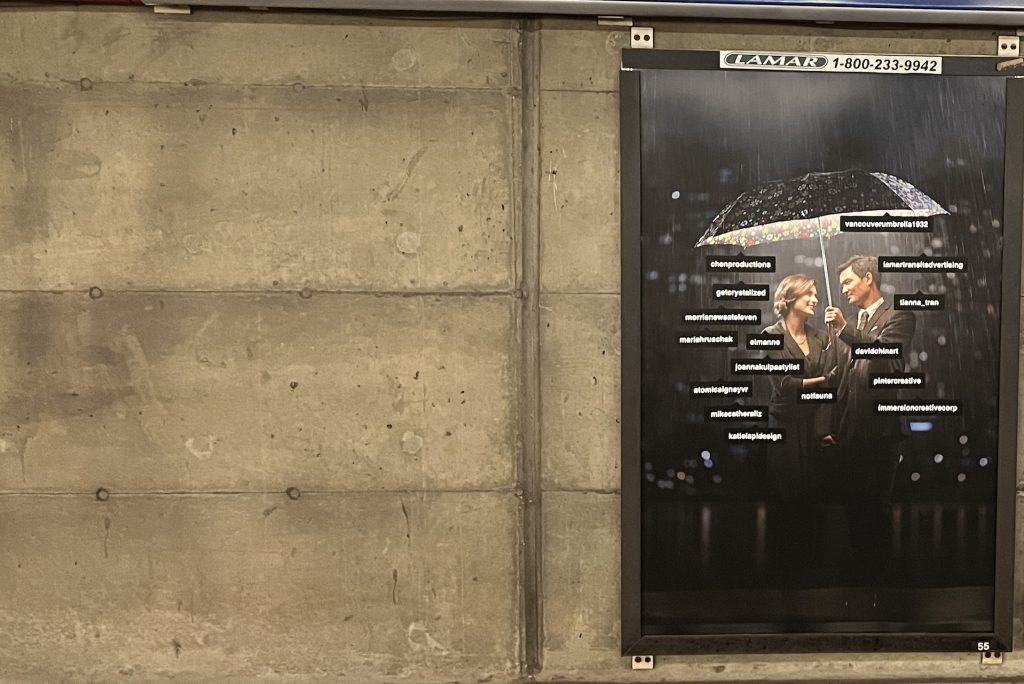 Plenty Of Passion In Every Campaign

The Watch That Transforms You