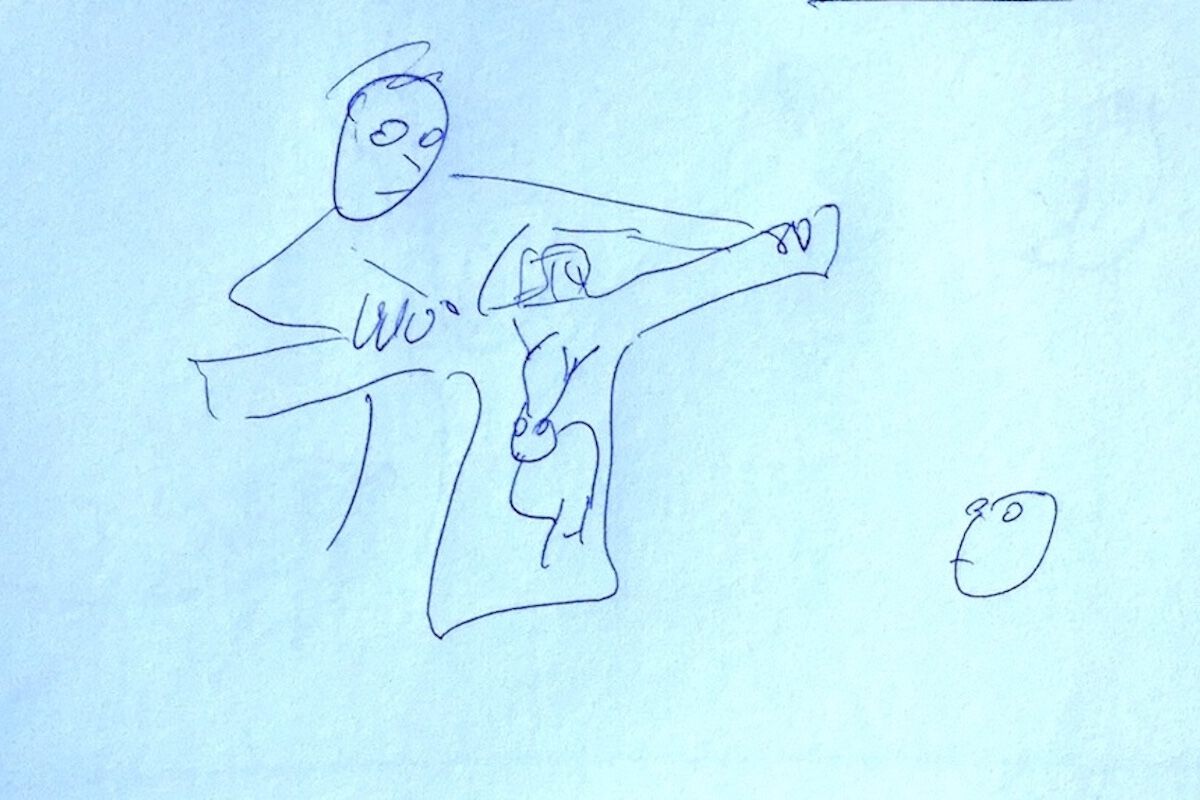 All of our ads start out as simple little sketches. 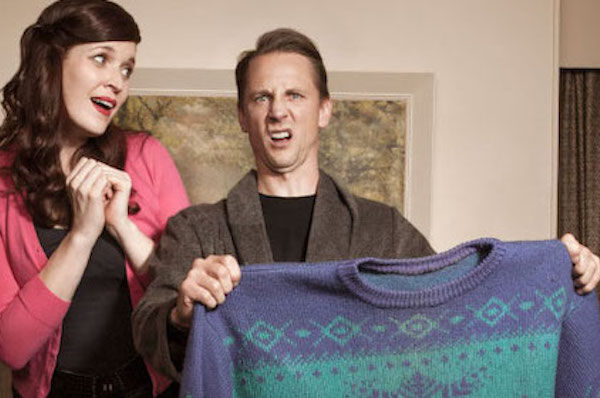 When I present concepts (three at a time), my drawings usually look like this. 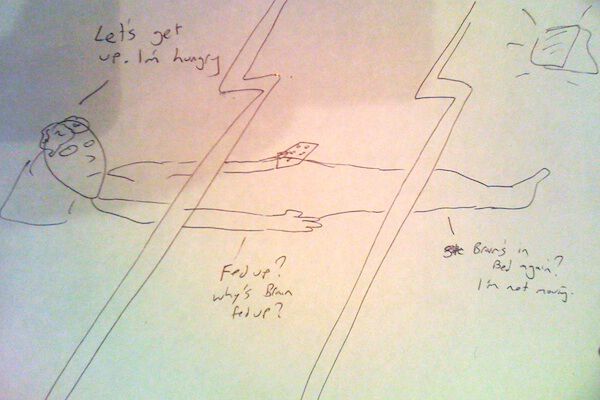 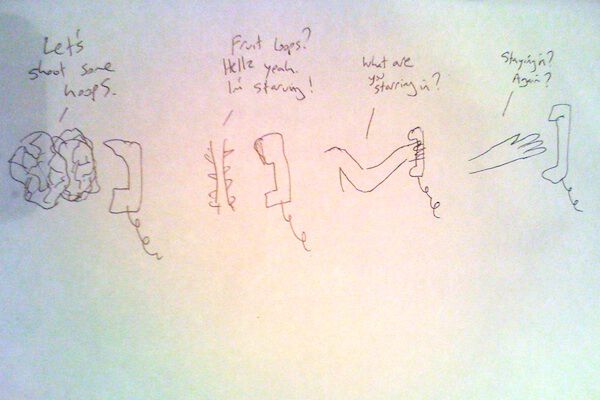 I mean, I’m no Michaelangelo, but you get the idea. Don’t get too caught up in the drawing, and think about the concept. That’s what I’m trying to capture here, anyway. 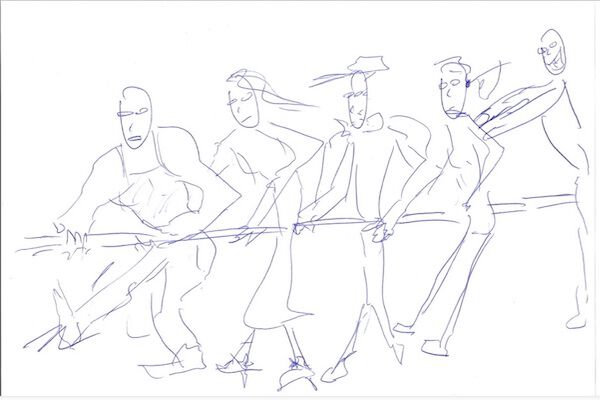 Sure, it looks rough, but that’s not the point. We don’t want to be focusing on the details at this stage, just the broad strokes.

So, once I present the first three ideas to build a key visual around, the next step is to choose one, and run with it.

When I get the designers and photographers onboard—THAT’S when the magic happens! 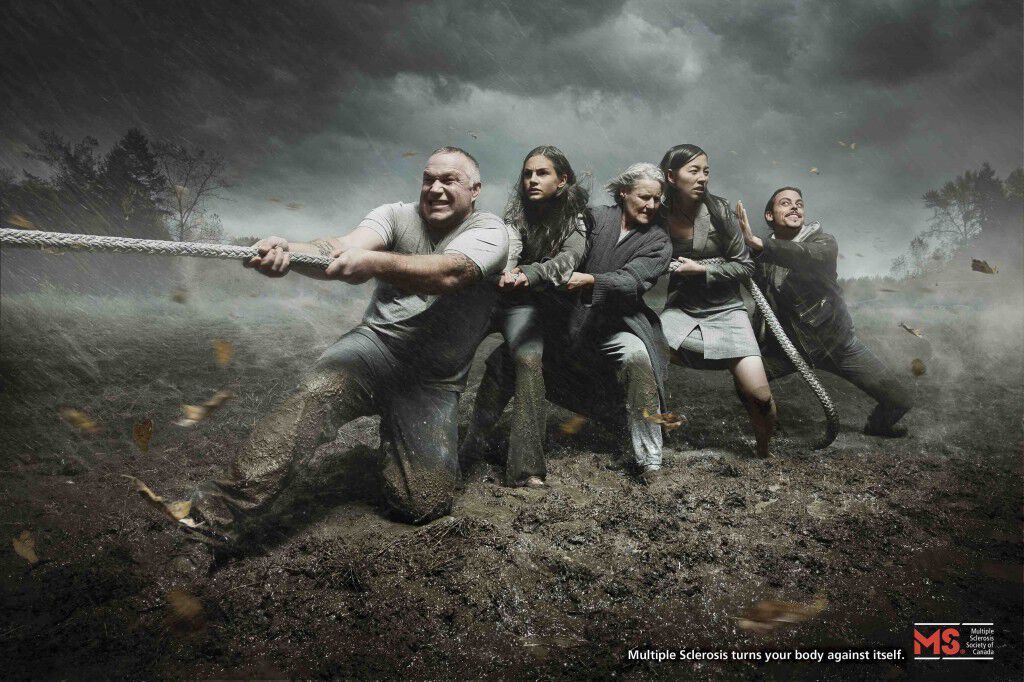 Once the client picks the concept they like, that becomes their key visual .

From here, we move into the print advertising process. 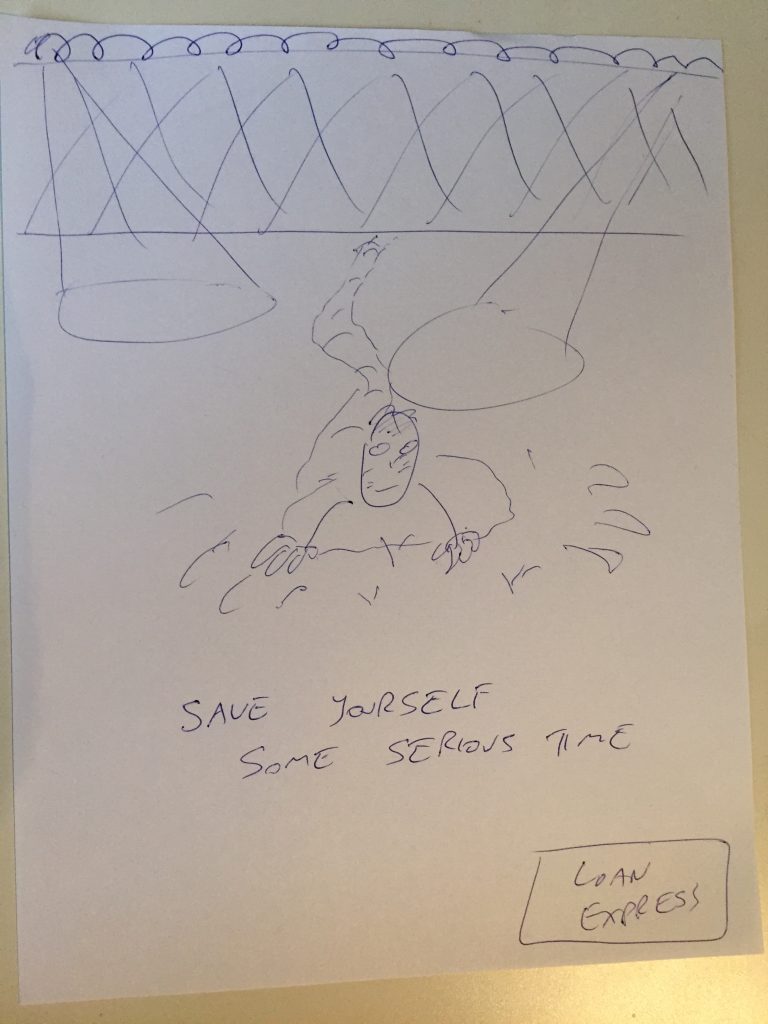 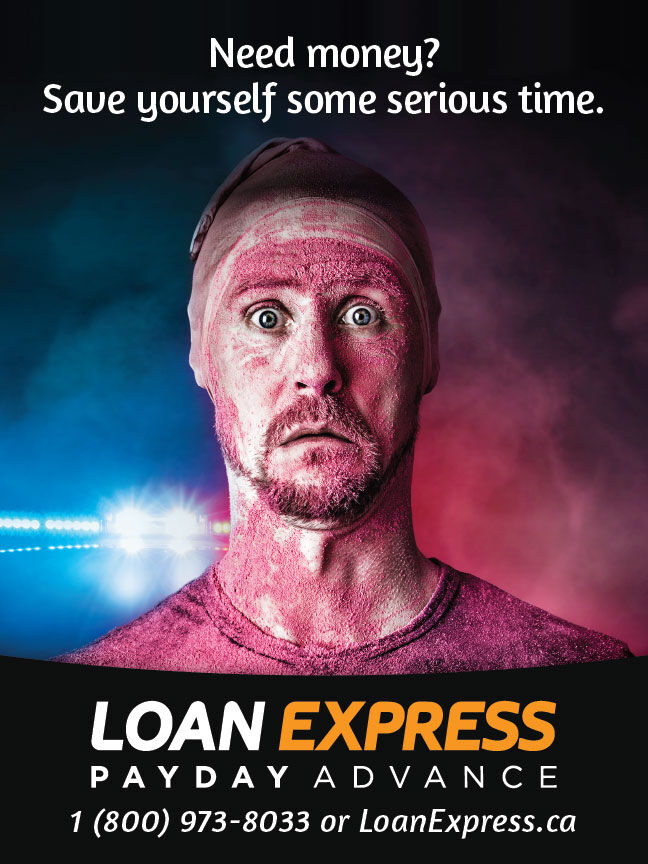 Eventually this evolved into an exploding dye pack (which is way better). 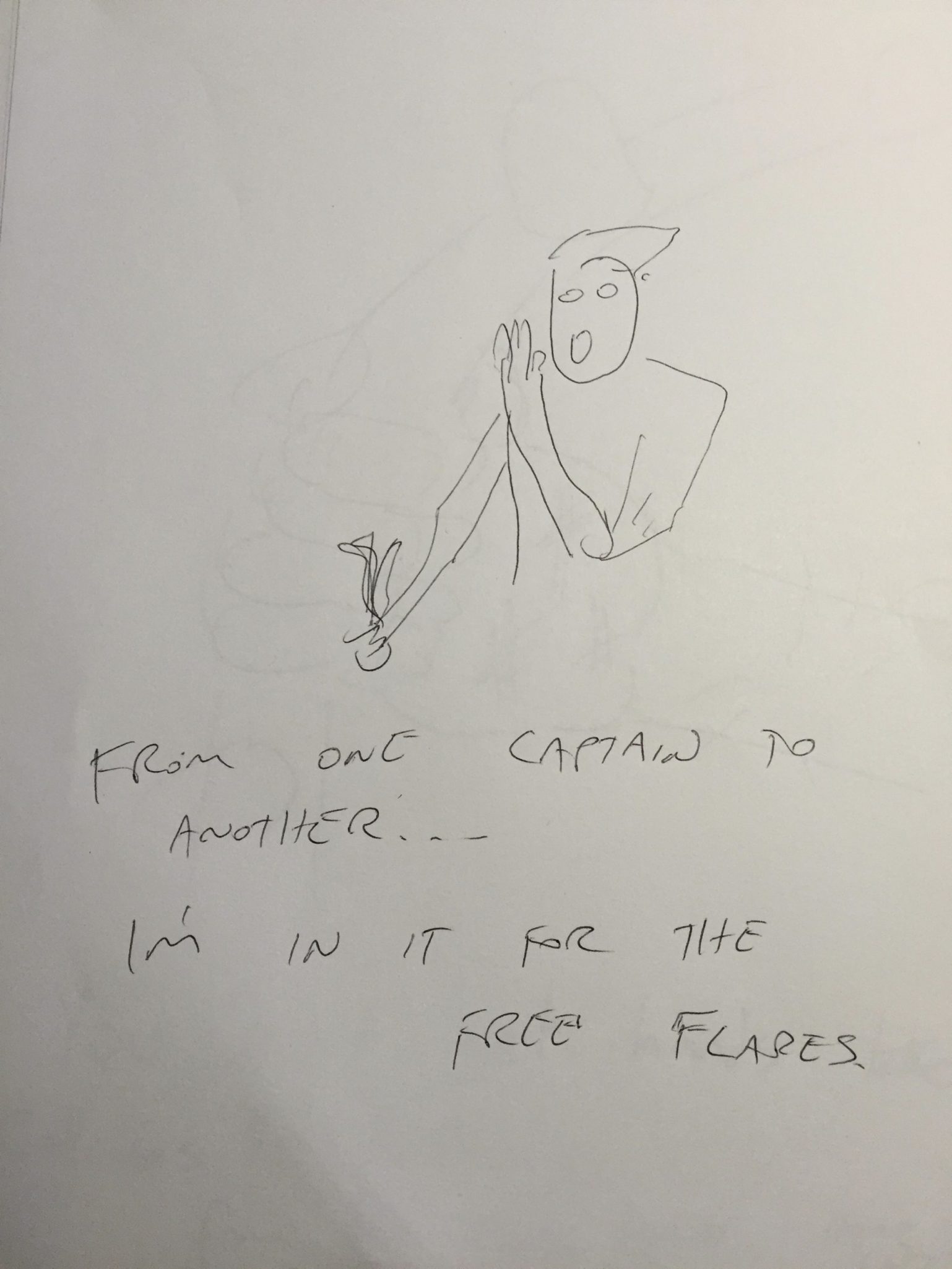 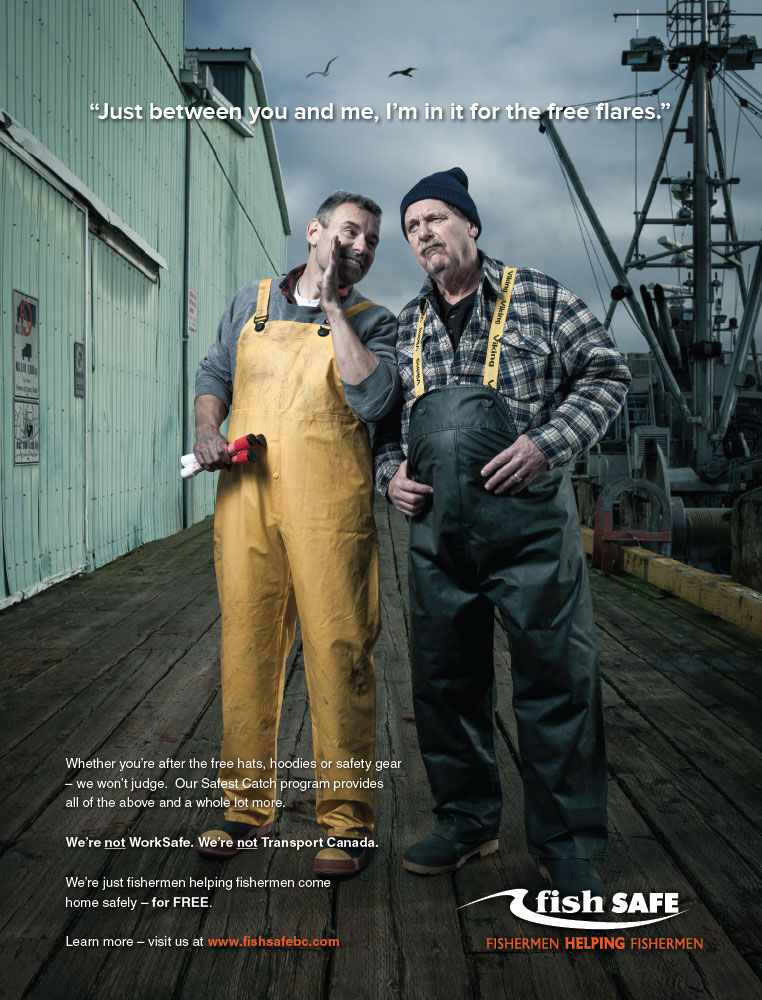 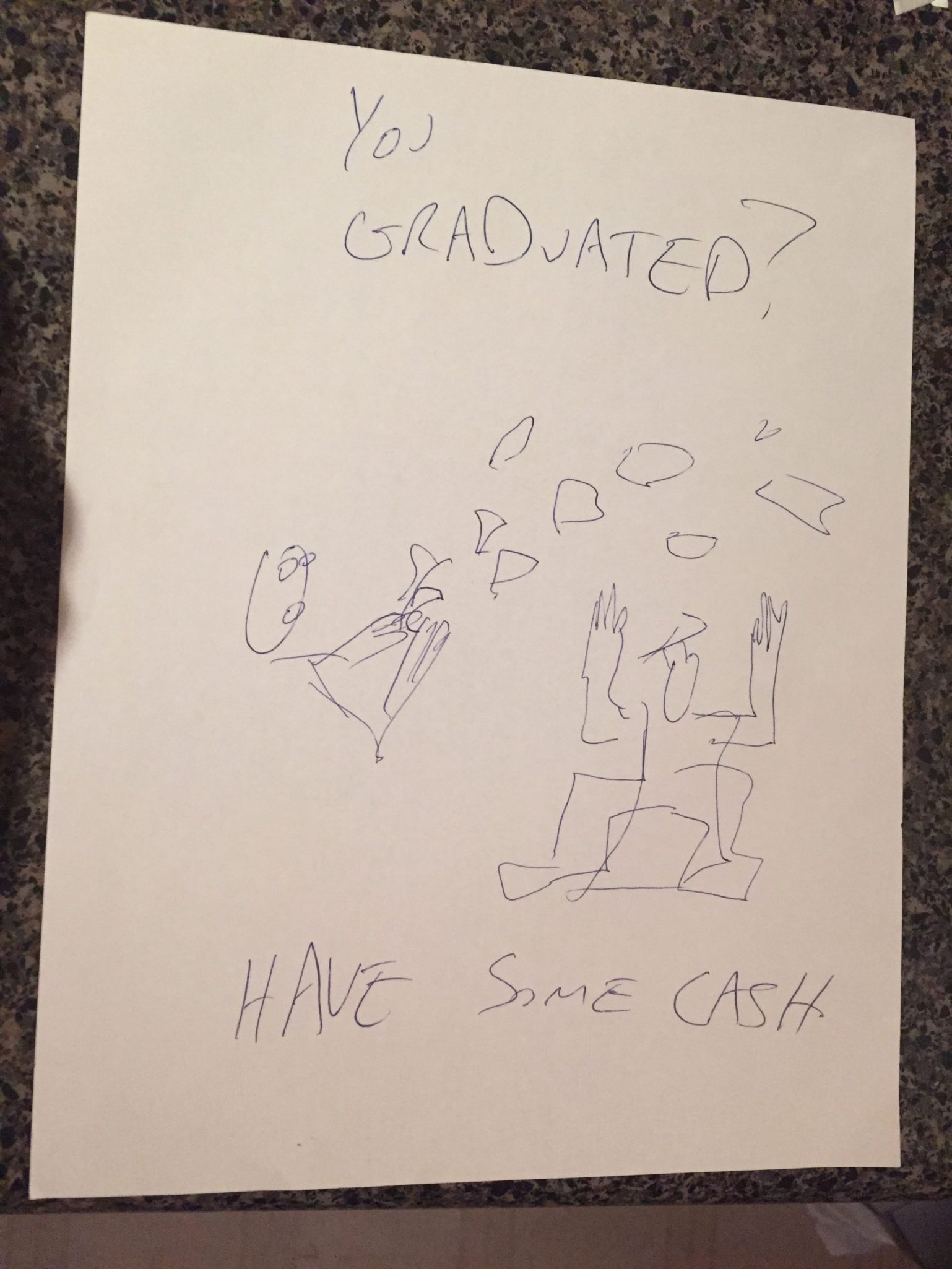 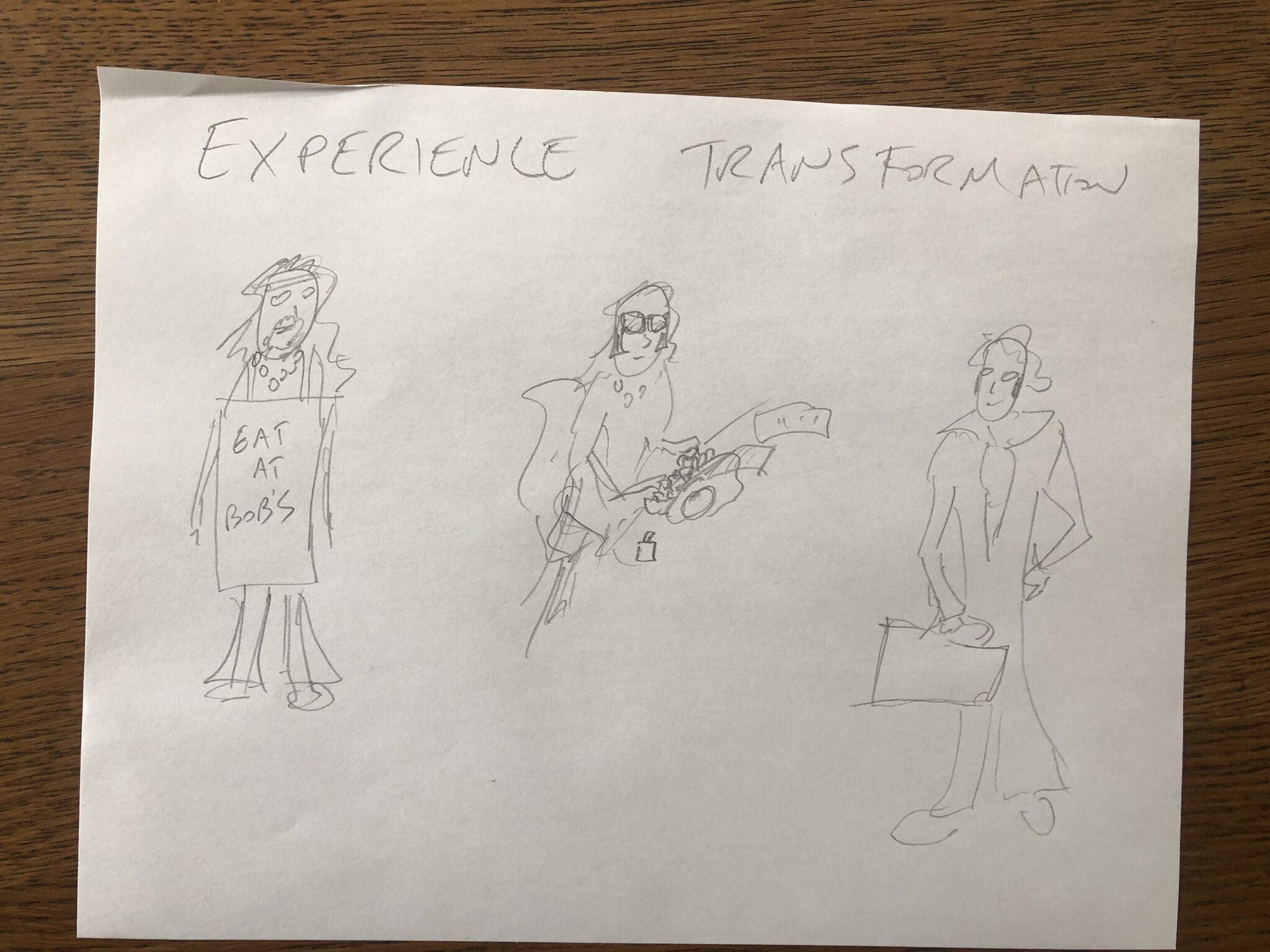 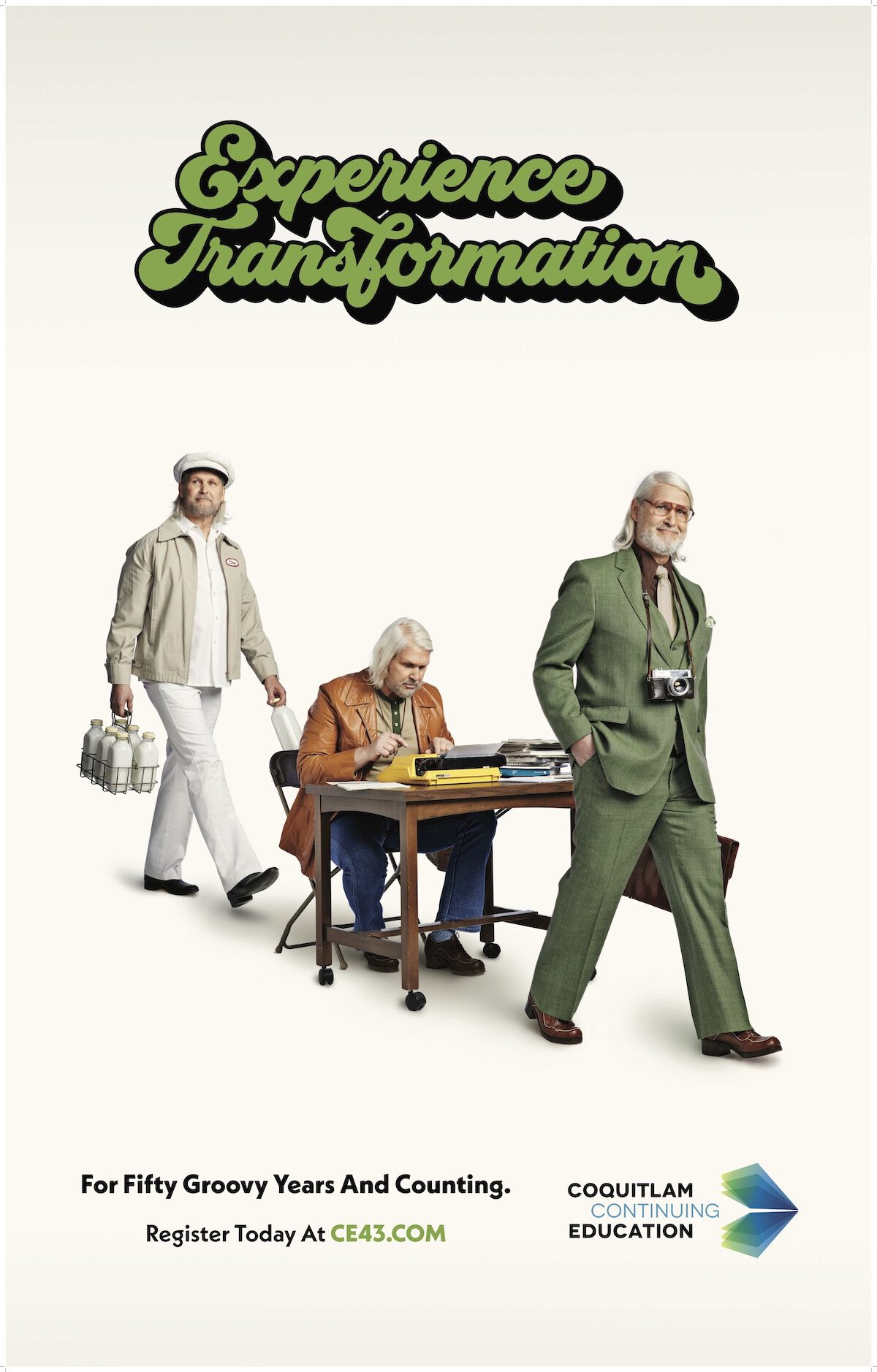 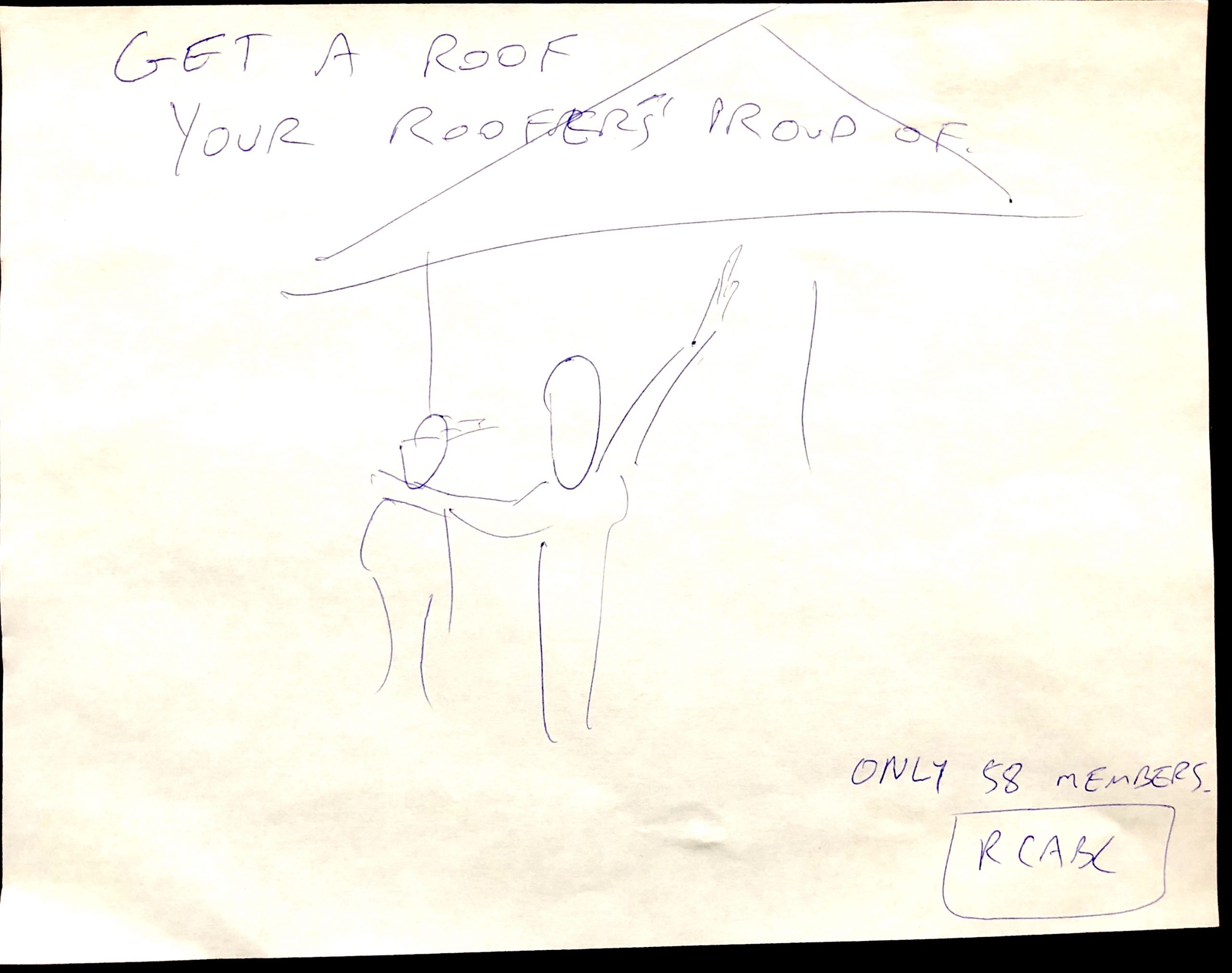 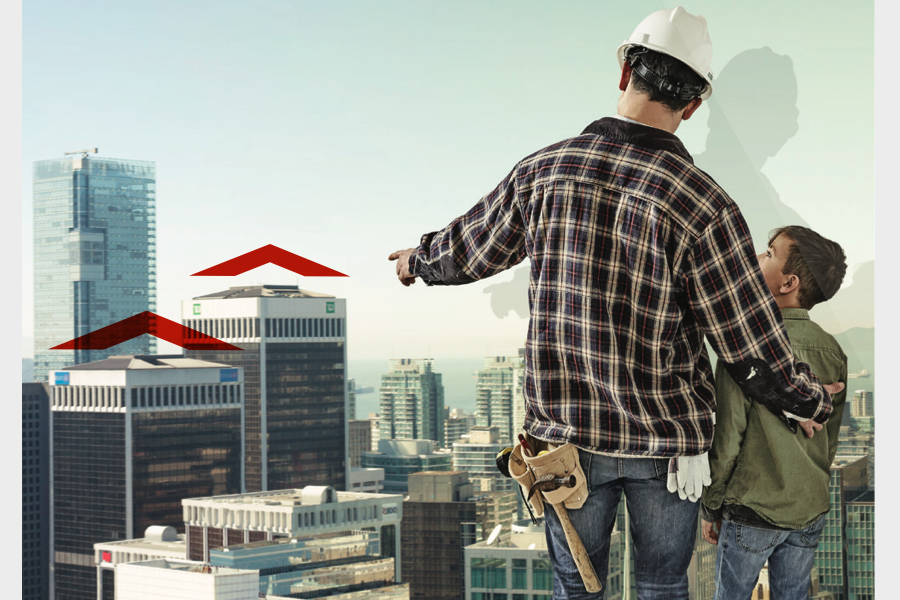 You get the idea. It starts out looking a liiiiitle rough, but it always ends up looking amazing. 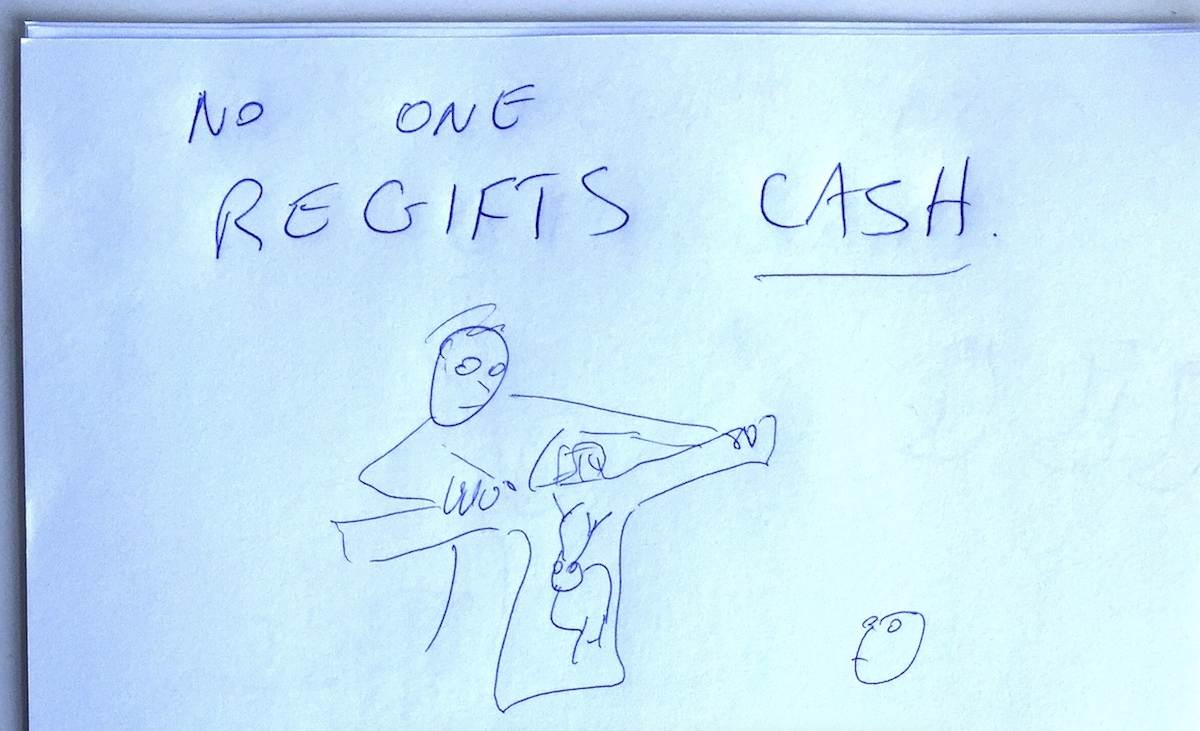 Lawyers On Horses – How It Happened.

They had recently introduced a plus (+) in their name and logo.

So I thought, let’s build a giant + and have the staff sit on it, and lean on it, and interact with it. 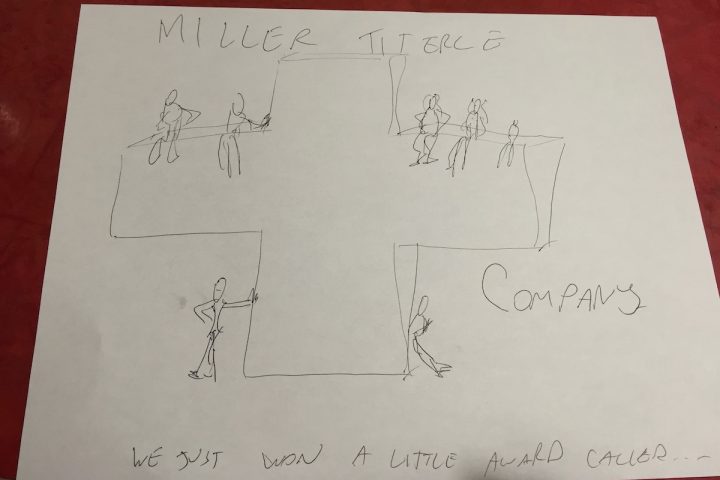 I always present three ideas though. I can’t remember where we were going with Idea #2. 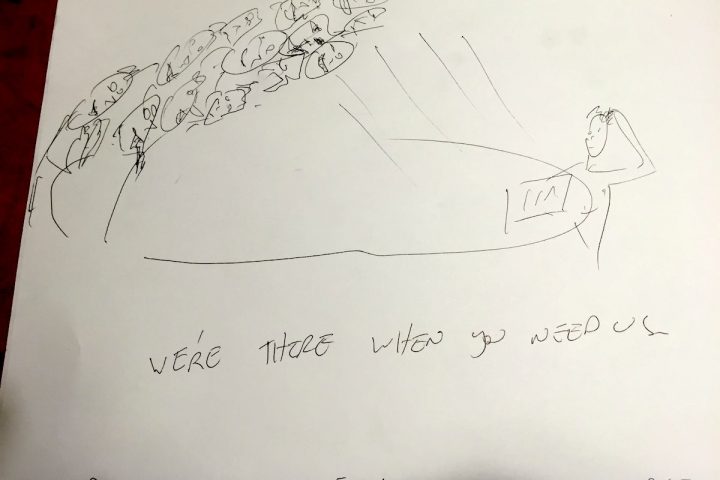 Okay this one is way out there.

There’s no way in a million years that they’ll for for Idea #3. 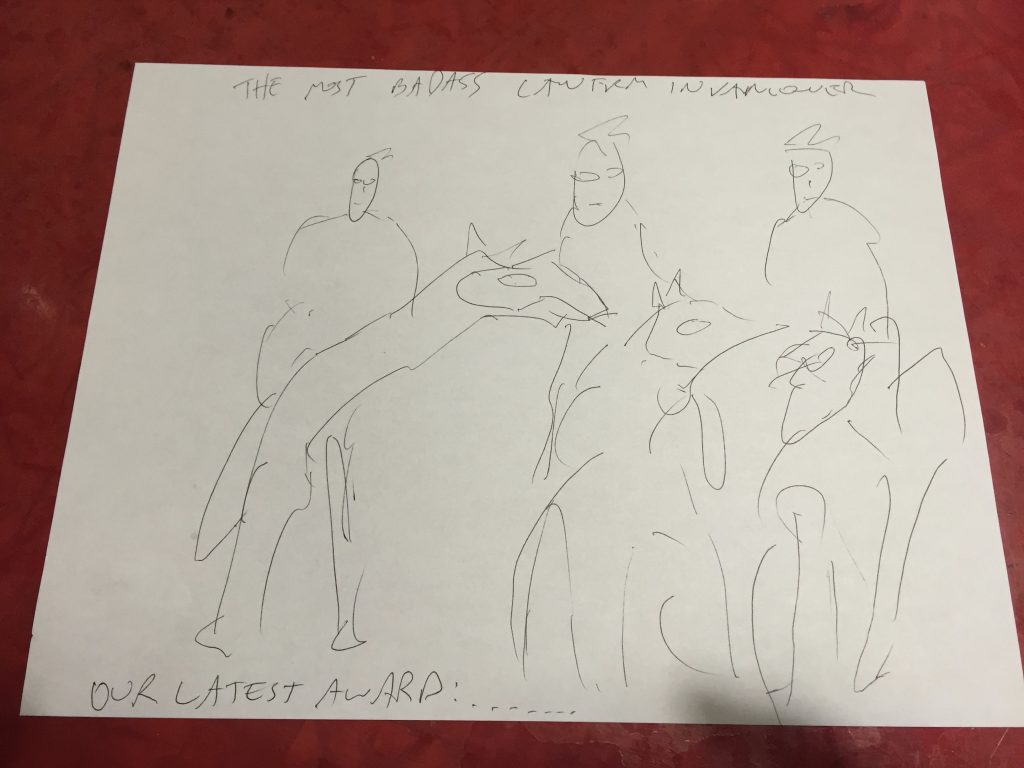 We are in so much trouble!

How are we ever going to make… Lawyers on Horses! 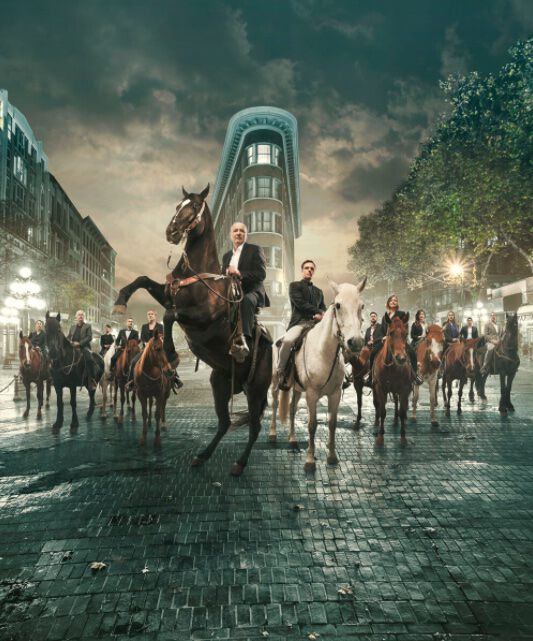